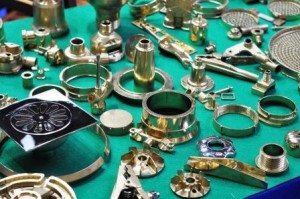 If you think that new ways of organising can be found only among small start-up companies and Internet firms, you probably have not heard the story of FAVI, a French copper foundry. In the early seventies, Jean-Francois Zobrist was put in control of this company by the family that had built it. Although it was a well-organised company, Zobrist noted a lot of ‘spurious savings’. There was only one coffee machine, for example, so much valuable working time was lost with everyone flocking to the same place. The storeroom was locked to prevent theft, but as a result of this, getting a new pair of gloves could take the best part of an hour.

Working independently
One Sunday, Zobrist was mowing the lawn when the machine stopped abruptly. He dissembled the mower, cleaned the sparking plug and got it back in working order. The incident started him thinking about the many steps his factory workers would have to take to get a machine repaired. He realised that the FAVI shop floor workers might be better off making their own decisions. He also realised he would have to remove all the structures that impeded their independence. So he went to work. He divided the factory into twenty teams, each centered around a product, with direct access to the customers. These teams worked as mini factories, in charge of their own production, sales, personnel management and finances, and chose their own leader. All staff departments were removed.

Equality
The workers applauded the new approach but the middle managers were strongly opposed to the plans. Their objections were based on a deep-rooted conviction that people are not intelligent, are irresponsible, lazy and bad. These managers saw it as their task to put people to work and keep them working. Zobrist started to remove all physical symbols of inequality: the time clock and store room disappeared, as did the board member parking spaces, the audits, the management reports and the talent selection procedures. He abolished meetings, with the exception of one or two team leaders’ meetings a year. This put across the message that in his view, all employees are equal and that he considers everyone capable, independent and responsible.

Crisis proof
The new approach was successful: productivity shot up. In the past 25 years FAVI has reduced prices by 3% a year on average, and the company always delivers on time, even if they need to use a helicopter. FAVI is the European market leader and one of very few companies to export spare parts to China.