Most cancer research is a fraud

Despite the billions of dollars spent on cancer research over many decades, and the constant promise of a cure which would be just around the corner, cancer just seems to continue to increase. Cancer is now the second major cause of death in Western countries such as Canada, Australia, the U.S.A. and the United Kingdom. In the early 1940s cancer accounted for 12% of Australian deaths, by 1992 this was 25.9%. It has been said that this increase in cancer comes from the fact   that more people are living to be older and thereby have a greater chance of contracting cancer. Yet more and more younger people die of cancer. 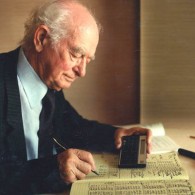 Cancer research failed
Dr. John Bailer, who spent 20 years on the staff of the National Cancer Institute publicly stated in a meeting of the American Association fo the Advancement of Science that “My overall assessment is that the national cancer program must be judged a qualified failure. Our whole cancer research in the past 20 years has been a total failure. More people over 30 are dying from cancer than ever before. More women with mild or benign diseases are being included in statistics and reported as being ‘cured’. When government officials point to survival figures and say they are winning the war against cancer they are using those survival rates improperly.” 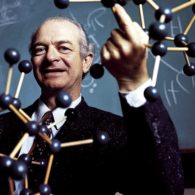 Cancer research is a fraud
Linus Pauling, PhD and two time Nobel Prize winner in chemistry, onde of the founders of quantum chemistry and molecular biology and also a peace activist, criticized most cancer research being done. “Everyone should know that most cancer research is largely a fraud, and that the major cancer research organisations are derelict in their duties to the people who support them.” Findings published in the journal Nature show that 88% of major studies on cancer that have been published in reputable journals over the years can not be reproduced to show their accuracy. This means that the research findings published are not based on accurate results. 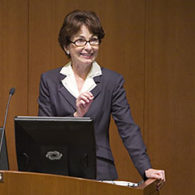 Even Dr. Marcia Angell, a physician and long time editor-in-chief of the New England Medical Journal, one of the most prestigious peer-reviewed medical journals in the world, acknowledged: “It is simply no longer possible to believe much of the clinical research that is published, or to rely on the judgement of trusted physicians or authoritative medical guidelines. I take no pleasure in this conclusion, which I reached slowly and reluctantly over my two decades as an editor of the New England Medical Journal.”

Self-perpetuating industry
In fact, some analysts consider that the cancer industry is sustained by a policy of deliberately facing in the wrong direction. For instance, in the late 1970s, after studying the policies, activities, and assets of the major U.S. cancer institutions, the investigative reporters Robert Houston and Gary Null concluded that these institutions had become self- perpetuating organisations whose survival depended on the state of no cure. They wrote, “a solution to cancer would mean the termination of research programs, the obsolescence of skills, the end of dreams of personal glory, triumph over cancer would dry up contributions to self- perpetuating charities and cut off funding from Congress, it would mortally threaten the present clinical establishments by rendering obsolete the expensive surgical, radiological and chemotherapeutic treatments in which so much money, training and equipment is invested. Such fear, however unconscious, may result in resistance and hostility to alternative approaches in proportion as they are therapeutically promising. The new therapy must be disbelieved, denied, discouraged and disallowed at all costs, regardless of actual testing results, and preferably without any testing at all.” The anti-tumoral qualities ofannabis oil is an example of the very practice. No clinical trails are taking place to establish the value of this alternative medicine. 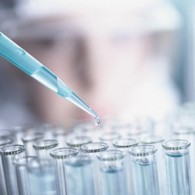 A large portion of money donated to cancer research by the public is spent on animal research which has, since its inception, been widely condemned as a waste of time and resources. While conflicting animal results have often delayed and hampered advances in the war on cancer, they have never produced a single substantial advance either in the prevention or treatment of human cancer. For instance, practically all of the chemotherapeutic agents which are of value in the treatment of human cancer were found in a clinical context rather than in animal studies. In fact, many substances which cause cancer in humans are marketed as ‘safe’ on the basis of animal tests. As expressed by the German doctor Werner Hartinger, in regard to cancer-causing products of the pharmaceutical-petro- chemical industry: “Their constant consumption is legalised on the basis of misleading animal experiments . . . which seduce the consumer into a false sense of security.” 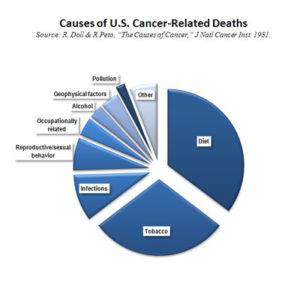 Cancer is largely avoidable
According to the International Agency for Research in Cancer ’80-90 per cent of human cancer is determined environmentally and thus theoretically avoidable.’ But despite the general recognition that 85 % of all cancers is caused by environmental influences, less than 10% of the (U.S.) National Cancer Institute budget is given to environmental causes. Treating disease is enormously profitable, preventing it is not. In 1985 the U.S., Western Europe and Japanese market in cancer therapies was estimated at over 3.2 billion pounds with the ‘market’ showing a steady annual rise of 10% over the past five years.  . Preventing the disease benefits no one, except of course the patient.

No more charity funding!
The next time you are asked to donate to a cancer research organization, bear in mind that this money will be used to sustain an industry which many eminent scientistshave called a qualified failure others a complete fraud. If you would like to make a difference, inform these organizations that you won’t donate to them until they change their approach to prevention and study of the human condition. We have the power to change things by making the present approach of the pharmaceutical industry unprofitable. It is only through our charitable donations and taxes that these institutions survive on their present unproductive path.