Nine CEO’s with the worst reputations 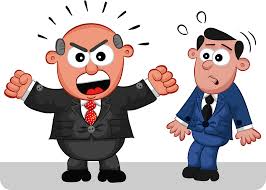 In general, American employees approve of – or even like – their chief executive officers. Some CEO’s however, are very unpopular with employees. At nine major companies, 40% or fewer employees gave their CEO’s a positive review. Edward Lampert, the CEO of retailer Sears Holding received positieve reviews from only 20% of Sears employees. Based on Wall Street’s independent review of employee ratings provided by Glassdoor, there are a number of facts that can hurt a CEO’s popularity within his of her own company, such as a propensity for humiliating the company in public, poor stewardship of the company and an excessive compensation package. Many of the CEO’s with a poor reputation actually ran their companies poorly. The evaluations employees gave to the companies run by these CEO’s were less than 3 out of 5, indicating that workers were unhappy with their jobs and their companies. Kmart employees gave their  company just a 2.0 overall rating.

But there is little incentive for those bad-performing CEO’s to resign or change their behavior. In spite of the company’s weak financial performance and the employees’ unhappiness, those business leaders forced to step down simply continue their actions in another firm.

Number one on the list is Sears CEO Edward Lampert. According to a Businessweek profile of the company, Lampert tends to pit divisions against one another. This, according to the article, has discouraged divisions from collaborating. Communication from the top level is supposedly weak, a common complaint for all nine CEO’s with the worst reputations.

Here is the full list of the nine CEO’s with the worst reputations.