Mary Cunningham felt that the time had come for her to pursue her dream of becoming a social entrepreneur. She began researching poverty to find a viable business idea. To her dismay, she discovered that former prisoners  are usually cut off from most jobs, housing and welfare. Not surprising that two-thirds are back in prison withing a year. After a few more months of research, Mary had found her new business model for prisons and founded Urban Stone in 2012. It’s mission  is to recycle stone construction waste into valuable green building  materials, while creating meaningful jobs and  company ownership for the inner city poor and formerly incarcerated. 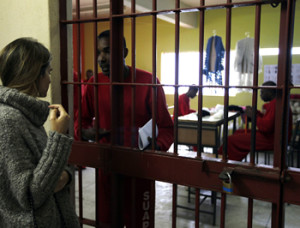 Offer jobs and transform lives
Mary strongly believes that there is untapped talent in the inner city. Barriers like criminal records and lack of work experience and skills keep people in poverty and prison. By honoring the potential of each person, Urban Stone gives the opportunity for all employees to live as fully realized human beings with the power to help themselves, their families and their communities. The company culture is designed to inspire hope, build careers, create prosperity and transform lives and communities. Therefore, the company not only provides jobs, but also profit-sharing  and the possibility of co-ownership to employees who have worked there for a year. Urban Stone works with non-profts that specialize in ex-offenders re-entry, and hires these men and women with the goal of bringing the bottom 10% of the population out of poverty while also helping them to lower recidivism rates.

Initial doubts
It was quite a jump into the deep. At first, Mary Cunningham was afraid to leave her well paid corporate job as business developer and to risk all the money she had saved for a lifetime. But upon hearing Steve Forbes’ speech about economy, the importance of job creation and servant leadership, she made up her mind and left her job to become a social entrepreneur. Not long after, she received a phone call that   pushed her over completely. Her daughter’s half-brother, who is like a son to Mary, had been arrested for selling marijuana and was facing prison time. When she discussed her business idea with him, his spirits were lifted. This convinced her to move on with her business model. 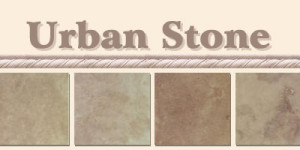 Finding a green business
The biggest challenge was to find an innovative green business that required low-skilled employment with high-growth potential. Stone fabricators pay to have their waste removed, while the waste often pollute landfills instead of hauling it to the dump. Now this waste ends up in Mary’s manufacturing plant where it is transformed into solid-stone tiles and pavers for the commercial market. Urvan Stone hopes to get quarries interested, which have lots of waste and usually get tax reductions for donating its waste to green manufacturers.

Financial autonomy
Mary did not go and find investors, who woyld take over ownership percentages away  from employees. She used her life savings to fund the whole operation. Later, she launched a crowdfunding campaign to raise additional capital. After all the initial research and doubts, Mary is proud to be a social entrepreneur. “Social Entrepreneurs act as the change agents for society, seizing opportunities others miss. We improve systems, invent new approaches, and create solutions to change society for the better.”

See a video of the work that Urban Stone does